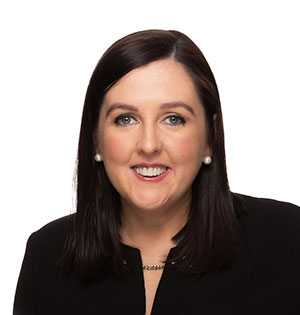 Is a Restrictive Covenant Contained in a Deed Enforceable?

Question.        Is a Restrictive Covenant contained in a deed enforceable?

Answer. Yes, but it is subject to interpretation.

Existing Neighbors seek to prevent Constructing Neighbor from continuing construction in his rear yard in alleged violation of a restrictive covenant in the deed for the adjoining residence.

Restrictive Covenant — No additions or alterations above one story or 17.00 feet to the top of roof of any structure as measured from the existing basement floor elevation shall be made to any part of the subject premises. This Restrictive Covenant shall remain in effect as long as [Existing Neighbors] maintain [the property next to the one being sold] as their primary residence.

Case law is clear that restrictive covenants will be enforced when the intention of the parties is clear and the limitation is reasonable and not offensive to public policy.

Existing Neighbors argue that the Restrictive Covenant herein was intended to maintain the Existing Neighbors' view of the ocean by restricting any alteration or addition to the neighboring home over a certain height. This limitation was reasonable and understood by Constructing Neighbor. This restriction does not offend public policy and may be accomplished.

Constructing Neighbor has not carried its burden to show the Restrictive Covenant is not enforceable or extinguishable.

The Restrictive Covenant does however have limitations which must be defined. The first inquiry is what is an alteration or addition, and then how is the height limit defined — to one story or 17.00 feet, or the lesser of the two.

Proceeding to defining an addition or alteration, we first turn to the common usage of the terms and whether the gazebo or chimney fit within either definition. Thus, the Merriam-Webster dictionary defines an addition as a "a part added (as to a building or residential section)" and an alteration as "the result of changing or altering something."

Constructing Neighbor argues that §27-232 of the Building Code of the City of New York defines these terms as follows: addition — "An extension or increase in floor area or height of a building that increases its exterior dimensions;" and alteration — "Any addition, or change in modification of a building, or the service equipment thereof, that affects safety or health and that is not classified as a minor alteration or ordinary repair. The moving of a building from one location or position to another shall be deemed an alteration."

It is relatively clear that the "gazebo" type structure and the extended chimney, not existing prior to 2016 are additions and/or alterations to the residence. The "gazebo" is a substantial structure with a floor, and large scalloped roof that is attached to the residence, and appears to have been intended as a sun room. There were no plans on file with building department prior to the start of construction to confirm the exact type of room intended. However, the plans filed after the fact do envision an open structure.

Although the "gazebo" type structure may not increase the floor area, it changes the exterior dimensions of the residence in a permanent fashion since it is attached to the residence, as does the chimney. Moreover, the "gazebo" or "covered porch" could at any point be enclosed, and once enclosed, it would extend the floor area of the residence. Thus, the chimney and "gazebo" or "covered porch" are additions and if not they are alterations in that they are more than a "minor alteration or ordinary repair" to the residence under the building code.

The final inquiry is whether these additions or alterations exceed 17.00 feet or one story, as outlined by the Restrictive Covenant. Existing Neighbors argue that the 17.00-foot limit is violated by both structures in that the height is measured from the existing basement floor. Constructing Neighbor counterargues that the basement is more appropriately defined as a cellar under the NYC Building Code §27-232 and as such, not proper for measurement of the Restrictive Covenant height. This argument is not persuasive in that Constructing Neighbor testified that he understood the meaning of the covenant and whether the lower level of the residence is considered a basement or cellar, he understood that the Restrictive Covenant sought that floor as the basis for measurement.

Additionally, Constructing Neighbor argues that even if it is considered a basement, the restriction is not enough to allow any extension to the residence under the New York City Building Code since it would limit the height of the next story to a five-foot celling. This argument is unavailing, since if the Restrictive Covenant was read as a sole limit of 17.00 feet, the Restrictive Covenant would simply limit any addition to the residence with an upper portion about the 17.00-foot limit.

However, the Restrictive Covenant cites a limit of "one story or 17.00 feet." The NYC Building Code §27-232 defines one story as "[t]hat portion of a building that is between a floor level and the next higher floor level or roof above."

The "gazebo" or "covered porch" is not as clear. As measured from the floor of the basement (or cellar), this structure is above 17.00 feet. However, it is less that one story.