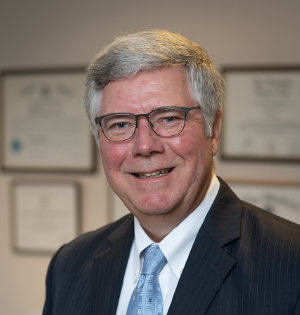 A 1998 decision by the State of New York's highest court underscores the importance of contractors strictly complying with the notice and reporting provisions contained in many construction contracts, no matter what type of "directive" they may have received from the Owner or its representatives.

In A.H.A. General Construction, Inc. v. New York City Housing Authority, 92 N.Y.2d 20, 677 N.Y.S. 2d 9 (June 11, 1998), the Court of Appeals of New York dealt with a common scenario on construction projects. According to the contractor, the public owner would, during the course of the project (as was the case on their previous projects), direct the contractor to perform extra work and the work would then be done with the expectation that a change order would be issued or that correspondence containing price proposals submitted by the contractor to the Owner would constitute sufficient notice and documentation of its claim. The contractor claimed that the parties would negotiate over claimed extra work and ultimately the contractor would be paid for same.

By the end of the project, several disputes arose over whether the work performed by the contractor was extra work, or work required under the contract. On some occasions, the public owner issued the requested change order, on others it refused, and on still others, it issued change orders only to subsequently rescind them.

The contractor commenced an action against the public owner alleging claims of breach of contract and unjust enrichment and the public owner moved for summary judgment dismissing the complaint, on the grounds that the contractor had waived its right to recover for extra work by failing to comply with the notice and reporting requirements of the contract.

The lower court ruled that no matter how much correspondence existed on the issue, and how many project records existed, the contractor's failure to strictly comply with the contract's notice and reporting requirements(1) barred it from recovering for the extra work.

On appeal, the contractor argued that the public owner's actions waived strict compliance with the notice and reporting provisions because of the hundreds of instances in the past where it had negotiated payment for extra work without requiring technical compliance with those provisions. This argument, coupled with the evidence that the public owner had also executed change orders acknowledging that certain work was extra work only later to rescind them, asserting that the work was actually required by the contract, was enough to sway the State of New York's Appellate Division, First Department to find that the contractor had raised triable issues of fact as to whether the public owner had acted in bad faith or had been grossly negligent in the performance of the Contract.

The Appellate Division's decision, however, was short lived because the New York City Housing Authority took its appeal up to New York's Court of Appeals. The Court of Appeals reversed the Appellate Division and upheld the decision of the lower court finding that the contractor had failed to come forward with any evidence to demonstrate that the actions of the public owner had in any way prevented him from complying with the strict notice and reporting requirements contained in the contract. The Court determined that the applicable provisions of the contract required the contractor, when proceeding with disputed work, to submit contemporaneous statements and documentation of its actual damages, not proposed costs or estimates. The Court of Appeals also specifically found that the public owner's own daily construction site reports and the contractor's submission of certified payroll reports - neither differentiating between contract work and disputed work - did not satisfy those requirements.

The Court of Appeals' reversal of the Appellate Division's decision rested on its conclusion that the notice and reporting provisions of the contract were "conditions precedent" to suit or recovery for the extra work, and not "exculpatory clauses".(2) The Court said:

The moral of the this saga is that every contractor or subcontractor faced with a contract containing notice and reporting provisions covering the performance of extra work or disputed work must not only give notice to the Owner but must also strictly comply with the reporting provisions while the work is being performed (e.g. submit daily time and material records for the Owner's signature). This must be done even if you are promised a change order, directed to proceed in writing, or in the midst of negotiating a change order. If the extra work is completed without a signed change order and without complying with the contract's reporting provisions, the contractor will be completely at the mercy of the owner and will, in all likelihood, lose its claim no matter how clear cut the issue may be.

A.H.A. General Construction, Inc. waived its rights to approximately $1 million in claimed extras by failing to follow the express terms of the contract. Don't let it happen to you.

1. The subject contract required that in the event the Owner determines that the work being performed is not extra work, the contractor must notify the Owner within 5 days that the work is being performed "under protest", or else the claim for extra work is waived. Also, a contractor claiming damages resulting from an act or omission of the Owner is required to give notice within 5 days of the act or omission, and provide detailed statements and proof of damages within 30 days, or the claim would also be waived.

Under another section of the contract, a contractor performing extra work or disputed work is required to furnish daily statements to the public owner, during the performance of that work, including the names and number of workmen employed on the work; the number of hours employed; the character of the work; and the nature and quantity of any materials or equipment used.

2. Exculpatory clauses like "no-damage-for-delay" clauses are meant to absolve or exculpate the Owner from liability for its acts or omissions.