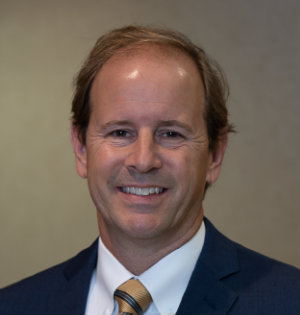 NYC's New Crane Rules - Who's Going to Pick Up the Tab?

By now, I am sure all of you have heard about the recent crane collapse in New York City, and many of you may have even seen the video. As a result of this incident, Mayor DiBlasio has unilaterally changed the operating rules for cranes within the City of New York. As many of you may know, the City previously required cranes to cease operating at wind speeds of 30 miles per hour or greater.
Following the recent crane collapse, Mayor DiBlasio has lowered the wind speed threshold at which crawler cranes must be shut down. Under the new set of rules currently in place, crawler cranes are to stop operating and go into safety mode under two scenarios:
Prior to the recent incident, cranes were allowed to operate until measured wind speeds reached 30 miles per hour or gusts reached 40 miles per hour. These parameters being self-monitored by the operator of the crane within the cab.
Additionally, in an effort to ensure compliance, Mayor DiBlasio increased the fine for failing to take precautions to $10,000.00 per infraction, up from the previous $4,800 level. To put this in perspective, according to data provided by the City, based upon 2015 weather data, under the old operating rules, cranes were only required to cease operating due to wind conditions for a total of seven (7) days during 2015. However, had the new rules been in place during 2015, cranes would have been required to cease operations due to wind conditions for a total of forty (40) days. Despite this estimate by the City, many in the industry feel this number is far too low. One NYC contractor already estimated that it would have lost 322 days on its current project over the last two years based on historical data had the Mayor's new rules been in effect. In response to this estimate, the Allied Building Metal Industries Inc. has authored an open letter to the NYC Building Commissioner, which is available (here).
Depending on how your contract reads, and whether you are working weekday or calendar day, that difference amounts, even by the City's conservative numbers, to anywhere between six to eight weeks of downtime that would have occurred during the 2015 construction year. Mayor DiBlasio has indicated that these new rules are only meant to be temporary, however the new rules are here now and must be dealt with on the many ongoing jobs across New York City until any further rules are announced.
Therefore, the question that comes to mind is, assuming 2016 weather is the same or near the same as 2015 weather, who is responsible for the cost of this additional significant downtime that is likely to occur if the new crane rules remain in effect? Before anyone panics, the first course of action is to consult your contract and see what your delay provisions provide for, and whether there is any mention of risk of regulatory or other governmental authority delays. Also, look over your contract for liquidated damages provisions and under what parameters you are entitled to an extension of time, be it compensated or uncompensated.
Given the potential cost impact, there is little doubt that there will be disputes as to responsibility for this downtime. In all likelihood, owners will take the position that this is an anticipated delay and therefore not compensable, while contractors will look at this as an uncontemplated delay for which they should be compensated. Regardless of what the ultimate answer to that question is, each contractor must examine its contract carefully, and make sure that when experiencing any of these delays, the contractual notice provisions are followed so as to preserve its rights down the road. Failing to do so may serve to prevent any possibility of recovery.