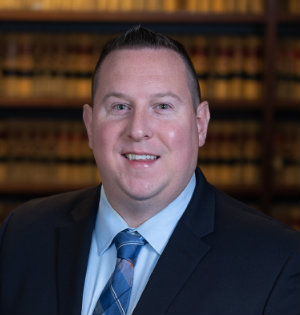 Ordinarily, an owner and design professional are liable for defects and omissions in the plans and specifications for a project. Generally speaking, the owner and design professional impliedly warrant that project plans and specifications are accurate, without defects and suitable for the purpose intended. That is not to say contractors should let their guard down as an owner may attempt to shift the risk of design errors to a contractor through language in the contract. The following case shows the fruits of proper contract language and documentation.

In Maines Paper & Food Service, Inc. v. Pike Co., Inc., 137 AD3D 1366 (3d Dept 2016), the Appellate Division, Third Department, had an opportunity to examine liability for a design change approved and directed by the owner and architect that ultimately resulted in costly damages to a project. The dispute arose out of a 2009 contract between the owner and contractor, Pike Co. Inc. (“Pike”), for the construction of a supermarket. After completion, there was “considerable settling of the [supermarket’s] floor”, which the owner alleged was directly attributable to Pike’s failure to construct the foundation in accordance with the contract documents, including the plans and geotechnical engineering report. It was noted that the initial plan did not call for Pike to attach the slab to the pile caps. However,  after the project had commenced, Pike submitted a request for clarification (“RFC”) to the architect. In response to the RFC, the architect indicated that rebar reinforcement should be added to “tie-in the pile-cap, slab and column to each other”, and he provided a drawing for clarification. Thereafter, a change order was approved and issued by the owner and architect referencing the RFC and directing Pike to undertake work in accordance with the architect’s clarification and drawing. Interestingly, the geotechnical engineering report contained in the project manual indicated that a slab-on-grade concrete foundation could be used and specifically warned that the slab should not be connected to the pile caps to limit the risk of potential settlement.

The owner filed a lawsuit alleging breach of contract for Pike’s failure to follow the project plans and design specifications. After answering the lawsuit, Pike promptly moved for summary judgment. The trial court granted the motion and dismissed the complaint, noting that Pike did not breach the terms of the contract because the changes to the design of the foundation were approved by the architect and owner. The Appellate Division upheld the lower court’s decision dismissing the complaint against Pike. In so doing, the appellate court noted that Pike’s submission of the RFC and owner directed change order was sufficient to insulate Pike from liability—even though the original plans and geotechnical engineering report in the project manual specified the floor slab not be connected to the pile caps. The court was unpersuaded by the owner’s claims that Pike breached its contractual duty to “carefully study and compare the various Contract Documents” and its obligation to report any “errors, inconsistencies or omissions” in the plans, noting that pursuant to the language of the contract Pike was not a design professional, was directed to follow the design change, and was not “responsible for the adequacy of the performance and design criteria specified in the Contract Documents”.

It is easy to envision a very different outcome had Pike failed to thoroughly document the change to the project plans or, worse yet, simply relied upon an oral directive of the architect or owner. In that case, Pike would have been stuck conducting time consuming and costly discovery to try and prove that the owner and architect approved and directed the design change. Instead, all Pike needed was the contract, RFC and change order to obtain summary judgment dismissing the complaint shortly after the lawsuit was commenced.