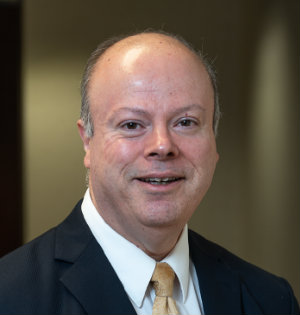 In a victory for property owners and general contractors, the Appellate Division, Second Department, in Boody v El Sol Contr. and Constr. Corp., (2020 NY Slip Op 01140 [2d Dept. Feb. 19, 2020]), recently made clear that an owner or general contractor may not be held liable to a worker injured at a jobsite under Labor Law § 200 unless they exercised supervisory control over the operation of the work.

Labor Law § 200, entitled: “General duty to protect health and safety of employees”, provides, in relevant part, that projects shall be “so constructed, equipped, arranged, operated and conducted as to provide reasonable and adequate protection to the lives, health and safety of all persons employed therein or lawfully frequenting such places. All machinery, equipment, and devices in such places shall be so placed, operated, guarded, and lighted as to provide reasonable and adequate protection to all such persons”.  In essence, Labor Law §200 is simply the codification of common law negligence and its duty to provide a safe worksite.

In Boody, the plaintiff was employed as a construction worker for a nonparty Caribe Construction Co. (“Caribe”), a subcontractor to the defendant general contractor El Sol Contracting and Construction Corporation (“El Sol”), to install temporary scaffolding for a repair project on the Cross Bay Veterans Memorial Bridge in Queens.  In order to complete its work, Caribe retained defendant North East Marine, Inc., to provide tug boats and work barges, which transported Caribe’s employees, supplies, and equipment around the work site. The plaintiff allegedly was injured while he was attempting to cross between two barges positioned on either side of a pier supporting the bridge. The plaintiff alleged that as he was walking, one of the mooring lines from the tug-barge combination tightened and caught his leg, pinning it against the pillar next to which he was walking. The plaintiff commenced this action to recover damages for personal injuries against, among others, the general contractor, El Sol.  El Sol moved for summary judgment dismissing the complaint, which the trial court denied.

In reversing the lower court’s denial of El Sol’s motion for summary judgment, the Appellate Division held that “Labor Law § 200(1) is a codification of the common-law duty of an owner or general contractor to provide workers with a safe place to work” (citations omitted). “Cases involving Labor Law § 200 fall into two broad categories: namely, those where workers are injured as a result of dangerous or defective premises conditions at a work site, and those involving the manner in which the work is performed” (citations omitted). Where “a claim arises out of alleged defects or dangers arising from a subcontractor’s methods or materials, recovery against the owner or general contractor cannot be had unless it is shown that the party to be charged exercised some supervisory control over the operation” (Ross v. Curtis–Palmer Hydro–Elec. Co., 81 NY2d 494, 505 [1993]; see Lombardi v. Stout, 80 NY2d 290, 295 [1992]). “A defendant has the authority to supervise or control the work for purposes of Labor Law § 200 when that defendant bears the responsibility for the manner in which the work is performed” (Ortega v. Puccia, 57 AD3d 54, 62 [2d Dept 2008]). “[M]ere general supervisory authority at a work site for the purpose of overseeing the progress of the work and inspecting the work product is insufficient to impose liability under Labor Law § 200” (Ortega v. Puccia,  supra at 62; see Suconota v. Knickerbocker Props., LLC, 116 AD3d 508 1st Dept 2014]).

In this case, the Appellate Division found that, contrary to the plaintiff’s contentions, El Sol established, prima facie, that the accident did not arise from a dangerous or defective premises condition but, rather, from the method and manner of the work. Since El Sol further established that it did not exercise supervision or control over the performance of the work giving rise to the accident, the Appellate Division granted the motion for summary judgment in favor of El Sol.

Owners and general/upstream contractors would be well advised that where they retain subcontractors to perform aspects of the work, they should keep records showing that it was the subcontractor, and not they, who exercised supervision and control over the work so that if such a claim arises, the defense can be ready to go. Experienced construction counsel can assist you in determining what records, specifically, should be kept to best protect your interests.