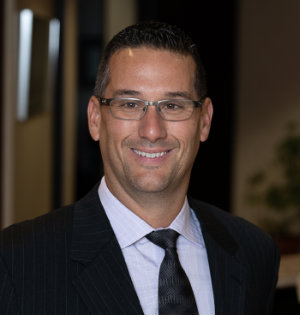 In light of the devastating effects of Hurricane Sandy on the New York City area, research and subsequent proposals have been requested by the New York City Council to try and minimize the harm that may be caused from any future events. At the request of the Council, Urban Green (which serves as the New York Chapter of the U.S. Green Building Council (USGBC)), was tasked with researching how buildings might remain more sustainable and habitable during and after such severe weather. These proposals were released in a report by Urban Green's Building Resiliency Task Force in June 2013. As of November 14, 2013, fifteen of the twenty nine suggested legislative changes have been passed into law by the NYC Council, with many others having been introduced and under consideration.

Many of these new laws pertain to changes in the building code, and apply to older structures as well as new construction. One of the first proposals passed into law requires that "vulnerable building elements", of new or renovated buildings (such as electrical services, fire protection systems, compressed gas or material tanks, and vent piping), must be located above the flood line. In hospitals, these systems must be located above the 500 year flood elevation. Conversely, another accepted proposal eases current code requirements, to better allow for voluntary relocation of telecommunications systems and fuel oil storage, so that they can be moved above the flood zone. Specifically, fuel oil storage, which was limited to 330 gallons per story above the lowest floor, may now be increased to up to 3,000 gallons on the "lowest story above the design flood elevation."

The Task Force also recommended that natural gas be further promoted as a fuel system for generators, as natural gas delivery methods are traditionally more reliable during emergencies than heating oil, and because natural gas is cleaner burning. Based upon these recommendations, the City Council approved legislation that eases certain regulations which discourage the use of natural gas, and also allows buildings more versatility in determining what essential electrical based services to keep in service with generators during an emergency situation.

In addition, certain buildings will be required to install "quick-connect" hookups to ease the transition from regular service to that needed for temporary generators and boilers. This requirement, however, has fairly limited application, as it applies only to hospitals and nursing/group homes that are located in a designated flood zone. There is a twenty year window to comply with these measures.

Generally, these resiliency measures are aimed at passive changes, such as easing code barriers, rather than mandating change. In regards to the latter, one pronounced change is the requirement that buildings over five stories tall must now provide access to potable water in common areas. Such access cannot be in a bathroom, and must be over a sink or drain. This requirement is based on the limits of the NYC water supply, which only provides enough internal pressure to supply water up to the fifth floor of a building without additional building pumps. This law will apply to new and existing buildings; existing structures have eight years to comply with this requirement.

Additional legislation requires that where there are toilets or faucets that require electricity to function, that at least one faucet and one toilet in each bathroom must be capable of operating without external electrical power for at least two weeks. The law applies to both commercial and residential buildings. In dwelling units, however, only one faucet and toilet per unit (rather than one per bathroom) must comply with this regulation.

Enacted changes also include an easing in outside barrier requirements, which allow building owners to be more proactive in diverting floodwaters by allowing flood shields to extend into the current public right of way in temporary situations. It further allows for use of temporary stairs and ramps to be used to access exits above the flood line.

Additional proposals will be passed into legislation in the coming months and Welby, Brady & Greenblatt, LLP, will continue to provide updates on the status of this legislation.