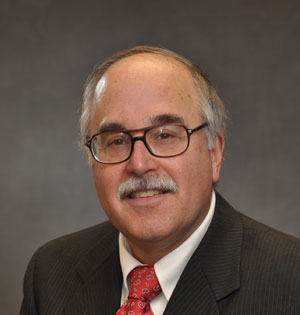 The asset purchase agreement between the two companies described the purpose of the transaction with the following language:

Seller (American Standard) desires to sell, and Buyer (Oakfabco) desires to purchase, substantially all the assets of Seller, real and personal, tangible and intangible belonging to it, which are used in connection with Seller’s [boiler] business and operations … subject to all debts, liabilities, and obligations connected with or attributable to such business and operations.

“all the debts, liabilities, obligations and commitments (fixed or contingent) connected with or attributable to Kawanee existing and outstanding at the Closing Date.”

Focusing on the “existing and outstanding at the closing date” language, Oakfabco’s argued that unless a claim for damages was known on or before the closing date, American Standard remained liable, for claims that arose post- closing on the boilers it manufactured.

American Standard, seeking to obtain closure on the issue, started a declaratory action in New York Supreme Court.  In that action American Standard sought to obtain a judgment against Oakfabco declaring that Oakfabco is liable to pay damages for all asbestos related injuries, whether those injuries were known before or after the closing date.  The Supreme Court ruled in favor of American Standard.1   The Appellate Division affirmed the lower court and also issued an injunction against Oakfabco from re-litigating the issue in any forum.2  The Court of Appeals granted Oakfabco’s motion for leave to appeal.3

In the Court of Appeals4, Oakfabco argued that the “existing and outstanding” language limited its assumption of American Standard’s liabilities more than the language used to state the purpose of the agreement.  The Court indicated that Oakfabco’s interpretation would be plausible if the provision is read in isolation from the other provisions in the asset purchase agreement, but the Court chose not to do so.

Focusing on another provision in the agreement, the Court noted that Oakfabco issued a bond to American Standard as security that Oakfabco defend and indemnify American Standard against all liability for warranty, service, repair and return obligations, in connection with any products manufactured, sold, leased or installed by the Kewanee boiler division on or before the Closing Date.  This provision, the Court said, clearly demonstrated that Oakfabco agreed to be answerable for any problems with boilers sold before the closing date, including problems manifesting after the closing date.

Commenting further the Court stated: “It would have been absurd for Oakfabco to tell a customer whose boiler failed after the closing date, it was not Oakfabco’s problem.”

By including warranty, service, repair and return claims in the definition of Kewanee Liabilities, the parties, said the Court, were not reading the words “existing and outstanding” as Oakfabco wants the Court to read them.

Accordingly, the Court of Appeals affirmed the Appellate Division’s decision in part and modified it by removing the injunction preventing Oakfabco from ever relitigating the issue.

Purchasing the assets and sometimes the liabilities of an existing business is complicated and must be thought out so that if there are any limitations on what is being bought, those limitations are clearly and precisely spelled out in the asset purchase agreement.  Here is an example where large companies did not do so, leading to years of litigation and possibly the assumption by the buyer of more liability exposure than it thought it was taking on.

This alert provides general information only. It is not intended to provide legal advice.  We encourage you to contact an attorney should you desire to discuss specific situations for which you may need legal advice