Indemnity, Subrogation and Freezing Pipes - A Tale of One Loss and Two Legal Theories (Part One) 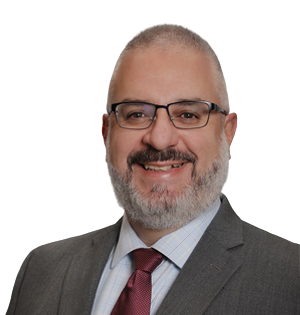 You’ve probably seen indemnity and waiver of subrogation clauses in your contracts but, do you understand what they mean and how they operate?  In this two-part Legal alert, we go through a real-world example.  Part one will deal with subrogation.

Subrogation, an equitable doctrine, allows an insurer to stand in the shoes of its insured and seek indemnification from third parties whose wrongdoing has caused a loss for which the insurer is bound to reimburse.

When Insured renovated his residence in 2013, he hired General Contractor. General Contractor, in turn, retained Plumber to perform the plumbing work.  The plumbing work included. a water pipe, located between the exterior wall of the residence and the interior wall of the master bathroom that froze and burst. The pipe was attached to an exterior spigot, also known as a hose bib, that serviced an irrigation system for the 16th-floor terrace of the residence.  General Contractor also hired Drywall Contractor to perform the framing and drywall work, as well as the placement of insulation within the framing.

Insurance Company sued the General Contractor, Plumber, and Drywall Contractor, asserting negligence against all defendants based on their alleged failure to properly install and adequately insulate the plumbing involved in the incident, and breach of contract against them based on their alleged failure to perform the plumbing and construction work for the project in a workmanlike manner and in failing to properly protect the plumbing from freezing temperatures.

Unless specifically precluded by the Owner’s property insurance policy, the Owner and Contractor waive all rights against (1) each other and any of their subcontractors, suppliers, agents and employees, each of the other; and (2) the Architect, Architect’s consultants and any of their agents and employees, for damages caused by fire or other causes of loss to the extent covered by property insurance or other insurance applicable to the Work.

General Contractor asserts that this waiver is triggered here because Insured’s Insurance Company property insurance policy does not “specifically preclude the waiver”, highlighting the following provision in the policy:

Here, Insured and General Contractor waived “all rights” against each other “for damages caused by fire or other causes…to the extent covered by property insurance,” so long as such waiver is not “specifically preclude[d]” by Insured’s property insurance policy. While the policy of insurance issued by Insurance Company to Insured provides that Insured “ must do nothing after loss” to impair such rights, it does not preclude Insured and General Contractor’s anti-subrogation agreement.

Additionally, the policy “ acknowledge[s] the right of the insured to waive the insurer’s subrogation rights” by allowing Insured to relinquish his claims prior to the loss.

Contrary to Insurance Company’s contention, the fact that the Insurance Company policy does not contain a waiver of subrogation is not fatal under the circumstances because there is no language in the Insured/General Contractor Agreement requiring that the parties’ insurance policies contain such a waiver.