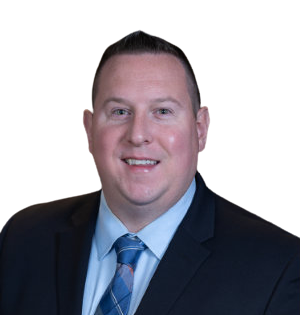 Statutes of limitation set time periods by which a lawsuit must be commenced. Generally, under New York’s statute of limitations, a breach of contract claim must be brought within six years from the date upon which the cause of action accrued. Contractors should be aware that their contract may substantially reduce the period within which to bring an action. Likewise, local and state laws may similarly reduce the period to bring an action where the defendant is a municipality or a public benefit corporation.

In Arnell Construction Corporation v. New York City School Construction Authority, an appellate court recently  addressed this issue. In Arnell, the Plaintiff was awarded a contract with the New York City School Construction Authority (“SCA”)  to renovate an existing building and construct a three-story addition. While work was ongoing, Arnell submitted a requisition to the SCA. Shortly thereafter, on or about August 5, 2015, Arnell filed a Notice of Claim with the SCA, setting forth a claim in the amount of $451,000.00 for damages, costs and expense for additional work. Thereafter, on or about September 14, 2015, Arnell filed a Second Notice of Claim for damages in the amount of $809,394.23 in connection with unforeseeable delays. Although the Notices of Claim were not resolved, Arnell continued work on the project until a Certificate of Substantial Completion was issued in October of 2016. During this time, Arnell appears to have taken no further steps to commence any legal action. On January 17, 2018, Arnell filed a Summons and Complaint seeking $1,260,394.23.

The SCA quickly moved to dismiss the claim based on a one-year statute of limitations. Public Authorities Law § 1744, perhaps unbeknownst to Arnell, states that any action “other than the one for personal injury, death, property damage or tort…shall have been commenced within one year after the happening of the event upon which the claim is based”. The lower court initially denied the SCA’s motion, finding that it failed to meet its burden to show that the Arnell’s claims for monetary damages were time barred. The appellate court disagreed and held that Arnell’s claims were barred by the applicable statute of limitations, and that Arnell had provided no evidence that the statute of limitations was tolled or that an exception applied. Thus, Arnell’s claims were dismissed.

Courts do not have discretion to extend the statute of limitations periods. Contractors, subcontractors, suppliers and materialmen far too often lose out on their right to bring a lawsuit by waiting too long to commence the lawsuit. Acting quickly when disputes arise can make the difference between full recovery and a complete loss (not to mention avoiding responsibility for attorney’s fees and litigation costs).

Because there are a number of different deadlines to file notices of claim and/or commence the lawsuit, you should contact an attorney to review the highly technical and rigidly enforced accrual dates (when the time to bring an action starts) and notice of claim requirements (how to notify a municipality). Contractors have to be mindful of two periods of limitations: the Notice of Claim deadlines and the Statutes of Limitations. It is necessary to comply with both, otherwise your claim will be lost.