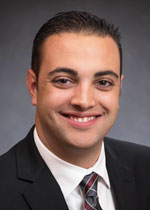 Incorporation by reference is a tool often utilized by a contractor to pass through its own obligations under its upstream contract (the “prime contract”) to its subcontractors and/or suppliers.However, it is very common that these subcontractors have not seen the applicable prime contract prior to executing its own contract and, thus, are completely unaware of what they agreed to.When negotiating a contract with an incorporation by reference provision, a subcontractor should request a copy of the prime contract to understand the provisions which may affect the subcontractor.However, it is also important to understand that some provisions of the prime contract will not be incorporated into a downstream contract by a general incorporation by reference clause.This issue has been analyzed extensively by both federal and state courts in New York.We were all reminded of this principle in the recent decision of the Appellate Division, Second Department’s in the case entitled SJS Construction Company, Inc. v. Darius Masonry, Inc., 156 AD 3d 933 (2d Dept 2017).

SJS, the general contractor, filed suit against its subcontractor, Darius, claiming breach of a subcontract to perform masonry work. The subcontractor moved to dismiss the case on grounds that the parties were required to arbitrate disputes pursuant to an arbitration provision included in the prime contract between SJS and the owner. The motion was denied; on appeal, the Appellate Division affirmed the lower court’s ruling that the prime contract’s arbitration provision was not specifically incorporated by reference into the subcontract, the provision did no compel the parties to the subcontract to arbitrate in the event of a dispute.

The ruling in SJS Construction was based on the case of United States Steel Corp. v. Turner Construction Co., 560 F. Supp. 871 (S.D.N.Y. 1983).In U.S. Steel, a subcontractor started an action in federal court in New York, seeking to recover its contract balance plus additional costs allegedly caused by the general contractor’s breach of contract.The general contractor moved to dismiss based on a forum selection clause included in the prime contract that required claims to be litigated in New York state court. The general contractor argued that its general incorporation by reference clause in the subcontract, in turn, required its subcontractors to do the same.The Court disagreed and denied the motion to dismiss.The Court held that where a subcontract generally states that the terms of the prime contract are incorporated into the subcontract, without specifically referencing any provisions, then only those provisions related to scope, quality, and manner of performance of the work are in fact incorporated by reference.Therefore, its case did not have be litigated in New York state court.Although the Court in U.S. Steel fell short of precisely defining what it meant by “scope, quality and manner of performance”, federal courts have held that similar clauses cannot be incorporated by reference unless specifically agreed to in the subcontract.For instance, a no damage for delay clause, a waiver of damages clause, and a clause that governs the resolution of claims between the owner and prime contractor cannot be incorporated by reference unless done so specifically.

New York state courts have made other similar findings.In George Hyman Constr. Co. v. Precision Walls, Inc., 132 AD 2d (1987), the Court cited U.S. Steel in declining to enforce a forum selection clause included in the prime contract but not specifically incorporated by reference into the subcontract.Similarly, arbitration clauses included in a contract cannot be incorporated by reference unless specifically done so.However, it should be noted that the specificity requirement is a minimal one.

Contractors must be aware of incorporation by reference clauses in their contracts – otherwise, they will not be aware of the full extent of their obligations. Because the courts have failed to provide an exact definition of “scope, quality, and manner of performance”, the question can only be answered on a case-by-case basis.Sound legal advice from experienced construction lawyers is critical in assisting contractors in understanding their obligations, as well as navigating the minefield that is contract negotiation and dispute resolution.