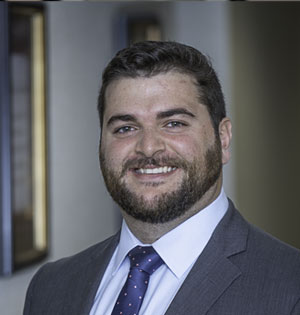 Analyzing the Cardinal Change Doctrine in New York and Connecticut

What is a cardinal change?

A cardinal change is defined as a significant deviation in the scope of work such that the essential purpose of the contract is altered. Additionally, where a change meets the description above, it is generally considered a breach of contract by the Owner. However, evaluating whether a modification to the scope of the work constitutes a cardinal change is decided on a case by case factual basis. Further complicating the issue is that states differ in their analyses. Below I analyze the cardinal change doctrine in New York and Connecticut to determine how this rule is applied.

How does New York apply the cardinal change doctrine?

In that case, Del Balso was awarded the project of constructing a portion of the New York City subway system. Their contract involved both demolition and underpinning work. However, a portion of their work later became unnecessary and was subsequently removed when the City of New York purchased property adjacent to the planned construction site. Based on this major change to the amount of work required by their contract, Del Balso sued the City of New York for breach of contract to recover around $350,000 due to the City’s elimination of the contract work.

However, the Court found that the City had the right, granted to it by the terms of the contract, to omit work without incurring liability for that omission. Del Balso claimed that eliminating 10% of their work constituted a cardinal change and thus a breach of contract by the City. The Court compared this to two other cases where they found a permissible change resulting in the elimination of 41% of the work, and a separate case where they found a non-permissible change after eliminating 2.5% of the work. The Court established that the finding of a cardinal change does not depend on the amount of work or the cost involved, but rather on the character of the work omitted.

Ultimately New York applies a case-by-case factual analysis to determine whether there has been a change to the character of the work such that a cardinal change exists constituting a breach of contract.

How does Connecticut apply the cardinal change doctrine?

Before the Semac Electric Co. v. Skanska USA Building, Inc. case, the Connecticut court had not formally recognized or established the cardinal change doctrine. The closest this court had come was in Naek Const. Co. v. PAG Charles St. Ltd. P'ship, No. CV020080135S, 2004 WL 2757623 (Conn. Super. Ct. Nov. 3, 2004). There, Naek argued that significant extra work change orders—totaling nearly one million dollars—constituted a cardinal change for which they should have been compensated by PAG. However, the Court determined that the cardinal change doctrine was not applicable based on the terms of the contract, which included Plaintiff’s agreement to absorb the costs of any and all change orders.

With the decision this year in the Semac Electric Co. v. Skanska USA Building, Inc., 195 Conn. App. 695 (2020) case, the Connecticut court finally recognized the cardinal change doctrine. In short, the Connecticut court defined a cardinal change as a modification so drastic in nature that it alters the nature of the thing to be constructed. The subcontractor (Semac) in Semac Electric Co. v. Skanska USA Building, Inc. argued that the significant delays to the project altered “Semac’s sequence of construction and the schedule parameters set forth in the subcontract, which ultimately altered the character of the work and unduly increased [Semac’s] cost.”

However, the Court disagreed, finding that scheduling and sequencing issues were anticipated by Semac when it submitted its bid and signed the contract. Additionally, the language and provisions of the contract proved that the parties contemplated the possibility and likelihood of delays and changes. The court evaluated the character of the changes and found no alteration to the nature of the work that Semac had originally contracted to perform. Further, the changes in the sequencing and schedule were redressed under the contract via change orders for which Semac was properly compensated. Critically, they found that Semac breached the contract by walking off the project.

Determining what constitutes a cardinal change differs depending on where you are and the specific facts relating to the change.  Consult with a construction law attorney before taking action, which may be detrimental.