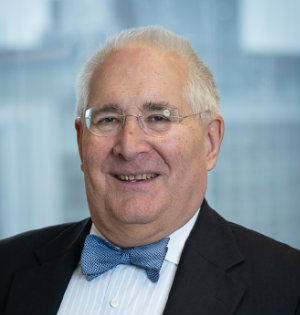 Second Circuit clarifies the standard for reversal of an arbitral award in connection with an arbitrator's alleged manifest disregard of the law:

In June 2011, the United States Court of Appeals for the Second Circuit clarified the standard for reversal of an arbitral award in connection with an arbitrator's alleged manifest disregard of the law.

STMicroelectronics, N.V. ("ST") manufactures semiconductors. Due to be cyclical nature of its business the company is required to have large amounts of cash or cash equivalents on hand to meet its needs. In April 2006, Credit Suisse Securities (USA) LLC ("Credit Suisse") approached ST offering a type of investment called auction rate securities which are debt instruments whose interest rates are reset by auctions at periodic intervals. Credit Suisse explicitly proposed, and ST explicitly accepted investing only in auction rate securities backed by federally guaranteed student loans.

In July 2007, an ST employee noticed that Credit Suisse had purchased securities that deviate from ST's instructions and asked Credit Suisse to "stick to the mandate to buy only at Student Loan" securities. In August 2007, the auction rate securities market began to fall apart. By September 2007, all of the securities in ST's portfolio - worth over $400 million - had failed at auction.

In February 2008, ST filed an arbitration claim against Credit Suisse. In February 2009, after four days of pre-hearing conferences, fifteen days of hearings, and voluminous briefing, the arbitration panel ruled unanimously in favor of ST. The arbitrators' award undid the trades: ST would return the failed securities (with a par value of $414,975,000) to Credit Suisse upon the payment by Credit Suisse of $400 million in compensatory damages, plus $1.5 million for financing fees, $3 million to cover ST's attorneys and expert witnesses, and interest. These figures, though substantial, were all lower than the amounts ST had requested in each category.

Naturally, ST quickly petitioned to confirm the award in the Southern District of New York. Credit Suisse opposed ST's petition and sought to vacate the award in connection with the arbitrators' alleged "manifest disregard of the law."

The basic purpose of arbitration is to dispose of disputes quickly and avoid the expense and delay of extended court proceedings. A searching review by the Court would make an arbitration award the commencement, not the end, of litigation. A Court will not vacate an award because of "a simple error in law or a failure by the arbitrators to understand or apply it" but only when a party clearly demonstrates "that the panel intentionally defied the law." Consequently, where the arbitrators do not explain the reason for their decision, the Court will uphold it if it can discern any valid ground.

Credit Suisse made a tactical error in attacking only the fraud-based claims of ST, while ignoring the other claims which ST raised, including breach of contract, breach of fiduciary duty, breach of the duty of good faith and fair dealing, unjust enrichment, and failure to supervise. The Second Circuit has stated that, "where an arbitral award contains more than one plausible reading, manifest disregard cannot be found if at least one of the readings yields a legally correct justification for the outcome." Because ST's award does not specify claim or claims upon which it rests, Credit Suisse must show manifest disregard of the law for all the claims.

To demonstrate manifest disregard, Credit Suisse must first point to law that is "well-defined, explicit, and clearly applicable" to the case. While Credit Suisse pointed to two different lines of precedent it claims were disregarded, those precedents are inherently fact bound. While broader principles may be extrapolated from similar cases, it does not follow that all cases dealing with similar issues must reach the same result. In reviewing an arbitration award, the Second Circuit Court of Appeals does not require that a distinction be correct, only that it be at least "barely colorable".

The Second Circuit Court of Appeals easily concluded that the arbitrators did not manifestly disregarded the law.

THE BASIS OF THE DECISION:

WHERE AN AWARD CONTAINS MORE THAN ONE PLAUSIBLE READING, MANIFEST DISREGARD WILL NOT BE FOUND AS LONG AS ONE READING YIELDS A LEGALLY CORRECT JUSTIFICATION FOR THE OUTCOME.

If you would like more information on this issue or any other construction issue, please contact Welby, Brady & Greenblatt, LLP at (914) 428-2100.