Breach of Contract Claims Must be Supported by A Contractual Relationship 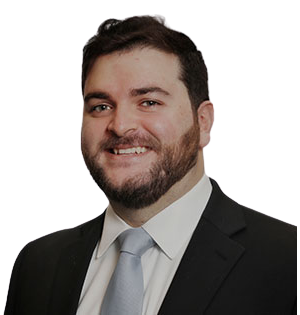 Generally, a direct contractual relationship – privity – is required between a plaintiff and a defendant in order to maintain a lawsuit for breach of contract. However, is a relationship in which one party deals directly with another and exercises control over the other sufficient to allege the functional equivalent of privity such that a breach of contract lawsuit could be maintained? A recent New York appellate court decision provided a resounding answer – No.

In the case of Tutor Perini Building Corp. v. Port Authority of New York and New Jersey, 191 A.D.3d 569, 143 N.Y.S.3d 12 (1st Dept. 2021), Tutor Perini (hereinafter “GC”) contracted with George Washington Bridge Bus Station Development Venture LLC (the “Developer”), the lessee of the George Washington Bridge Bus Station in Manhattan, to perform construction and renovation work. The Developer had previously contracted with The Port Authority of New York and New Jersey, as the Owner of the property (“Owner”). After not being paid for its work, the GC commenced a lawsuit directly against the Owner, alleging breach of contract and unjust enrichment. The GC based its breach of contract claim on the theory that the relationship between the GC and the Owner was the “functional equivalent” of privity based on the repeated interactions between the parties and the Owner’s “almost total control” over the project. The functional equivalent of privity doctrine is generally utilized to enable third-party beneficiaries to assert breach of contract claims directly against parties to a contract to which they are not signatories.

While the court ultimately dismissed the breach of contract claim, it did maintain the GC’s unjust enrichment claim, which was plead in the alternative to the breach of contract claim. This claim stated that the Owner was enriched by the GC’s work at the project and thus the GC should be compensated for the value of work performed. As this claim does not require privity and is based on the court’s ability to provide equitable relief , it was allowed to proceed. The takeaway here should be that when commencing a lawsuit, one should include all potential theories of recovery – particularly where, as here, the right to assert a particular claim against another party is not certain.