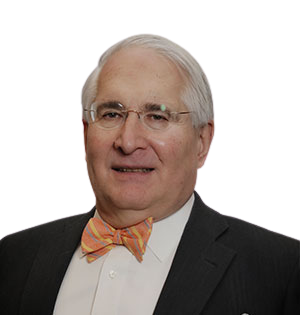 How often does a construction contractor, hired by a state or municipal owner, feel that the owner’s architect is wrongfully interfering with contract between the owner and the contractor?  When that happens, what remedies might the contractor chose to exercise?

Schmidt & Schmidt, Inc. v. Town of Charlton involved a series of contracts entered into by the Town of Charlton for the construction of its new town hall.  Schmidt & Schmidt, Inc., the plaintiff, was awarded the general construction contract. Defendant J. Paul Vosburgh Architect, P.C. was retained to provide the Town with design and contract administrative services.  Co-defendant AKW Consulting, Inc. was hired to oversee and administer the project.

By way of background, in December of 2006, the Town was advised that there was “continuing concern regarding the lack of progress” by Schmidt on the project.  Performance continued and, in June of 2007, Schmidt and its surety were advised that the Town was considering declaring Schmidt to be in default.  Prior to doing so, the Town retained an outside consultant and engineering professor at Cornell University to act as a neutral project evaluator.  That neutral’s lengthy report concluded that Schmidt neglected to devote “adequate attention” to an issue concerning the roof trusses, a critical path item; provided “an inadequate workforce”; demonstrated an “inability to coordinate the delivery of critical materials”; all evidencing “a pattern of performance failures.” In early September of 2007, the Town met with Schmidt and its counsel to discuss the findings. Ultimately, the Town declared Schmidt to be in default. Schmitt sued to recover the money it was owed.

At issue here is Schmidt’s cause of action against Architect Vosburgh for tortious interference with the general construction contract between the Town and Schmidt.  Tortious interference comprises four elements which Schmidt needed to prove: 1) the existence of a valid contract between Schmidt and a third party, here, the Town, 2) Vosburgh’s knowledge of that valid contract, 3) Vosburgh’s intentional [and improper] inducement of the Town to breach that valid contract, and 4) damages.  Pointedly, this tort is not satisfied by conduct that is merely negligent or incidental to some other, lawful, purpose.  Schmidt would need to “establish that the defendant’s [Vosburgh’s] procurement of the alleged breach was solely malicious”. Additionally, “where, as here, an agent [Vosburgh] is alleged to have induced its principal [the Town] to breach a contract, the agent cannot be found liable unless it does not act in good faith and commits independent torts or predatory acts directed at another for personal pecuniary gain”.

The Court here found that while the testimony of Walter Schmidt, which consisted of his subjective interpretations of Vosburgh’s conduct (and stories he heard from other contractors about Vosburgh’s general modus operandi) were sufficient to raise a question of fact as to whether Vosburgh acted outside of the scope of his duties, it fell far short of demonstrating that Vosburgh’s conduct resulted in Schmidt’s termination. Since Schmidt could not establish that “but for” Vosburgh’s conduct the Town would not have declared Schmidt in default and terminated the contract, Vosburgh was entitled to summary judgment dismissing the tortious interference cause of action.

Given the ramifications involved, when an owner (or its architect, or its construction manager) starts speaking about possibly defaulting a contractor, it is best for the contractor to get experienced construction counsel involved to fully inform it of its rights under its contract, and what possible remedies exist. However, the Court’s holding in Schmidt & Schmidt highlights, generally, that Courts will be more inclined to entertain claims on contractual issues, rather than tort issues related to contractual breaches.