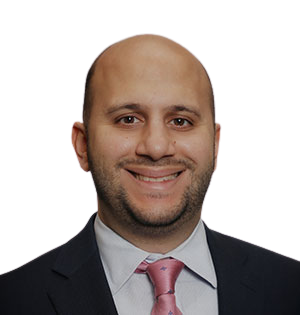 Secretary of Labor v. Huen Electric, Inc. demonstrates the need for construction workers to be properly trained and competent when operating a powered industrial truck (“PIT”) such as forklifts, lift trucks, stacker trucks/pallet stackers, etc. Some of these PITS have a cabin for the operator, while in others the operator walks and controls from behind. On September 30, 2019, Huen Electric, Inc. (“Huen”) an electrical contractor was removing an electrical splice box from a vault approximately three feet below the floor of the Chicago Museum of Science and Industry. Huen’s foreman used a stacker truck he had borrowed from the museum to lift the splice box. During the process the splice box and stacker truck fell in the vault pinning one of the other workers and leading to serious injury.

As a result of the incident, OSHA cited Huen for two violations1, although we shall limit our discussion to the violation pertaining to the lack of adequate training. According to the Citation, Huen had not ensured that the PIT operator was competent to operate the PIT, here a Toyota 6BWC15 Electric Counter Balanced Stacker Truck, by the successful completion of training and evaluation as specified in the regulation including but not limited to formal instruction, practical training and evaluation of the operator’s performance thereby exposing employees to struck by and crushing hazards.

Huen had been hired to upgrade the electrical system to the museum which required the removal of splice boxes located below the floor of the museum. Huen’s crew had previously removed four splice boxes by removing two-foot by three-foot concrete floor panels initially by hand and then by using a rented pallet stacker/forklift operated by the foreman to remove the covers from the vault. Once the covers were removed, the crew wrapped straps around splice boxes and removed them from the vaults using the rented forklift. The underlying incident occurred when Huen’s crew attempted to remove the largest splice box. Although the foreman and the crew were to use the same process as they had to remove the four prior splice boxes, there were some substantial differences with the operation starting with the fact that they did not have their rental stacker available and asked to and obtained permission from the museum to use its Toyota stacker truck (“stacker truck”), which is a hand-operated truck with an electric motor. Moreover, given that there was very limited space for maneuvering and the large size of the splice box, the foreman and crew engaged in significant planning for this removal, and he also reviewed the stacker truck’s manual for about an hour. They would also use straps wrapped around the splice box and then loop around the forks to raise it up from the vault. As the foreman attempted to raise the box from above the threshold, he briefly paused before releasing the parking brake by pressing down on the handle. At that point, the stacker truck did not appear unstable. The foreman then rotated the throttle to move the stacker truck away from the vault when he felt it move forward, towards the vault pit, tumbling into the vault and causing serious injuries to a crew member.

The foreman had approximately 30 years’ experience operating PITs and had no prior accidents until the subject incident. In each of his many jobs he had received some form of formal training mostly on forklifts where the operator sits in a cab. He had also received training on “walk-behind” stacker trucks in a previous job. The foreman’s prior work history and training were recapped but it also became evident during testimony that he had not received recent training on stacker trucks/pallet stackers in the past seven years from his last employer, nor current employer, Huen. Although Huen, through counsel attempted to emphasize the similarities between forklifts and pallet stackers, during the foreman’s testimony, he admitted that the “biggest difference” was the steering, braking and throttle. The foreman spent about an hour reviewing the operator’s manual on the Friday prior to the lift but had never previously operated the Toyota pallet stacker, although he had maneuvered it from the second floor of the museum down to the location of the splice box.

To prove a violation, the Secretary of Labor (SOL) must show by a preponderance of the evidence that (1) the cited standard applies, (2) there was failure to comply with the cite standard, (3) employees had access to the violative condition, and (4) the cited employer either knew or should have known of the condition with the exercise of reasonable diligence.

Here, the PIT standard which “contains safety requirements relating to fire protection, design, maintenance and use of fork truck, tractors, platform lift trucks, motorized hand trucks, and other specialized industrial trucks powered by electric motors or internal combustion engines” clearly applied to the pallet stacker at issue. As to the second element, the Secretary of Labor claimed that Huen had failed to provide the foreman with training specific to this walk-behind stacker truck and had thus failed to ensure that he was a competent operator. Huen, countered with the foreman’s extensive history to show that the standard was not violated. However, the ALJ agreed with the Secretary since it found that Huen failed to provide training compliant with the standard or otherwise evaluate that its foreman was competent to operate this stacker truck. Irrespective of “whether the training is an employee’s initial training on a PIT or refresher training on a related yet different, PIT, such training must meet certain minimum requirements, including a combination of: (1) formal instruction such as lecture, discussion…written material; (2) practical training… and (3) an evaluation of the trainee’s performance in the workplace.” The standards provide who may provide the training, when additional training is necessary and requires the employer to certify that the operator is trained and evaluated. Here, the foreman’s own testimony indicated he did not have formal or practical training on stacker trucks and Huen had an obligation to ensure that he was in fact competent to operate the pallet stacker safely.

Although Huen provided Class IV Forklift training it had an obligation to provide training where forklifts and pallet stackers differed such as those that related to throttle, steering and braking and there was no evidence that Huen provided same ether as an initial or refresher training. The ALJ also clarified that an employer need not duplicate training already received by the operator in a prior training program but rather offer additional training based on the differences between the two PITs.

The ALJ found Huen’s employees were exposed to a hazard because they were working in proximity to the foreman who had not been properly trained and in fact one employee was seriously injured. Given that Huen had rented a different model stacker truck for the four previous lifts over the past six months, the ALJ found it reasonable to infer that Heuen was aware that the foreman was using stacker trucks on multiple occasions and therefore was aware of its obligations to train and evaluate him. A penalty of $11,934 was assessed for this violation.

1 Violation # 2 pertained to modifications or additions to the stacker truck by use of the lifting straps, which were dismissed.