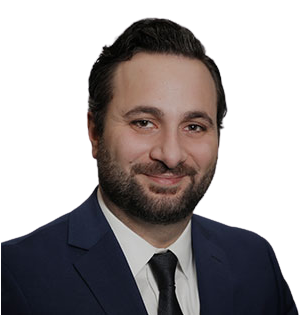 As a general contractor or subcontractor working on a project, your executed contract (including all annexes and attachments) is as close as you get to a metaphorical “holy text”. The contract is your opus, constitution and guiding light, which you will rely upon to properly perform on the project and receive due compensation for that performance. As such, it is crucial that you review and interpret your construction contract with extreme precision. It is a well-established legal principle that a contract should be construed in a way that gives full meaning and effect to all of its provisions. Keeping with the “holy text” theme, all contractors should employ a hyper-literal interpretation of their agreements, rather than a more practical interpretation, as a court will in all instances hold that the language controls. As discussed below, this lesson was recently highlighted in the Appellate Division, First Department’s decision in Bank of America, N.A. v ASD Gem Realty LLC.

In ASD Gem Realty, the owner of a commercial property in Manhattan’s Diamond District (“Owner”) hired a general contractor (“Contractor”) to perform construction and renovation work at the premises. The Contractor solicited proposals for the fabrication and installation of partitions, and ultimately selected and contracted with a subcontractor (“Subcontractor”) for the work. The parties understood that the Contractor would be operating as Owner’s agent, and in fact included the following language in the subcontract:

“Subcontractor understands that Contractor is acting as an agent for the Owner, and agrees to look only to funds actually received by the Contractor (from the Owner) as payment for the work performed under this Subcontract.”

Nonetheless, the subcontract contained only two signature lines, for the Contractor and the Subcontractor respectively. The Contractor signed in its own capacity, with no reference whatsoever to its role as Owner’s agent.

The Court reasoned that an agent for a disclosed principal (i.e. Owner) can in fact be held personally liable for breach of contract where there is evidence that the agent intended to render itself liable under the contract. In the Court’s view, the Contractor did just that by signing the subcontract in its own capacity, thereby transforming the payment provision into an unenforceable “pay-if-paid” provision. Unfortunately for the Contractor (and fortunately for the Subcontractor), this resulted in a grant of summary judgment on the breach of contract claim.

The Court’s decision highlights the narrow exception to the blanket prohibition against pay-if-paid: had the Contractor explicitly signed the subcontract as Owner’s agent, the above-provision would have likely shielded it from liability. This cautionary tale neatly illustrates the importance of reviewing every bit of your contract with a fine-toothed comb. The Contractor appeared to have done everything right in terms of including agency language in the subcontract, only to be undone by a single (albeit crucial) detail. The Subcontractor, on the other hand, while ostensibly agreeing to the agency (and the effective inclusion of a “pay-if-paid” clause by virtue of that agency), benefitted from the mis-signing of the subcontract by the Contractor.

A contractor’s best litigation defense remains “pre-litigation”; if you have any questions regarding what you are ultimately agreeing to, it is always wise to have skilled construction counsel review your contract before signing. After all, it is easier for an attorney—and cheaper for a contractor—for the attorney to keep them out of trouble, rather than getting them out of trouble.