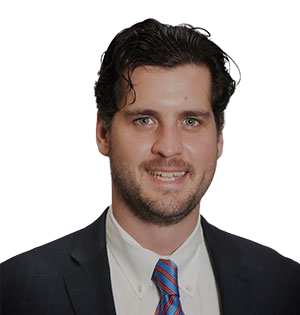 Under well settled New York law, if a valid and enforceable contract governing a dispute exists, then a claim for unjust enrichment does not lie. However, just because a piece of paper was signed, such does not necessarily mean that a contract was truly formed—and formation is often a heavily fact intensive issue. Accordingly, it is vitally important that the lawsuit be properly plead to give the contractor the ability to pursue an unjust enrichment claim if there are formational issues affecting the viability of the contract, or in the event that quantum meruit damages are more appropriate1. This issue was recently discussed in the case of Senator Construction Group Inc. V. T.G. Nickel & Associates, LLC and MP Owner LLC, where a general contractor’s motion to dismiss was granted against its subcontractor on this principle.

Here, subcontractor Senator entered into a contract with general contractor TG Nickel to perform masonry work at a construction project in Brooklyn. When TG Nickel stopped paying Senator, Senator sued to foreclose a mechanic’s lien, and under both breach of contract and unjust enrichment theories. TG Nickel moved to dismiss Senator’s unjust enrichment claim, arguing it was barred by documentary evidence (the controlling contract) that was acknowledged by Senator in the complaint.

In its opposition to the motion, Senator argued that its unjust enrichment claim was permissible even though it had already admitted that the contract was valid and enforceable as procedural law allows claims to be asserted alternatively or hypothetically. Accordingly, argued Senator, it should be entitled to assert such claim if the contract sued upon was ultimately held to be void. However, the Court held that parties effectively conceded that the unjust enrichment claim was not viable because they acknowledged that the contract's validity was not at issue. By making such a concession, Senator barred its own form of alternative relief—before discovery was even had to flesh out the facts.

Especially at the pleadings stage, lawyers rely on the facts given to them by their client. However, this creates two major problems: 1) the lay client may not know what facts are legally relevant; and 2) there are often material facts unknown even to the client before discovery is conducted. In that regard, if there is even a hint of a contract formation or validity issue, then such a concession should not be made at the pleadings stage. The more appropriate route is to proceed to discovery, and then choose the form of relief that is more appropriate based on the facts and circumstances of the particular case as they develop. That way, if the contractor’s unjust enrichment claim is not a viable one, it can be abandoned.

It is absolutely vital for all owners, developers, contractors, and others to understand the pitfalls involved in litigation, including that the facts as alleged may or may not be true. Even so, such does not mean a cognizable legal theory does not exist. Accordingly, it is important to preserve your rights to proceed under alternative theories of recovery. Reliable legal advice from experienced construction litigators can help avoid these potential pitfalls.

1For example, if damages are exceedingly hard to prove “standing on the contract,” then damages in quantum meruit may be an excellent strategic alternative.